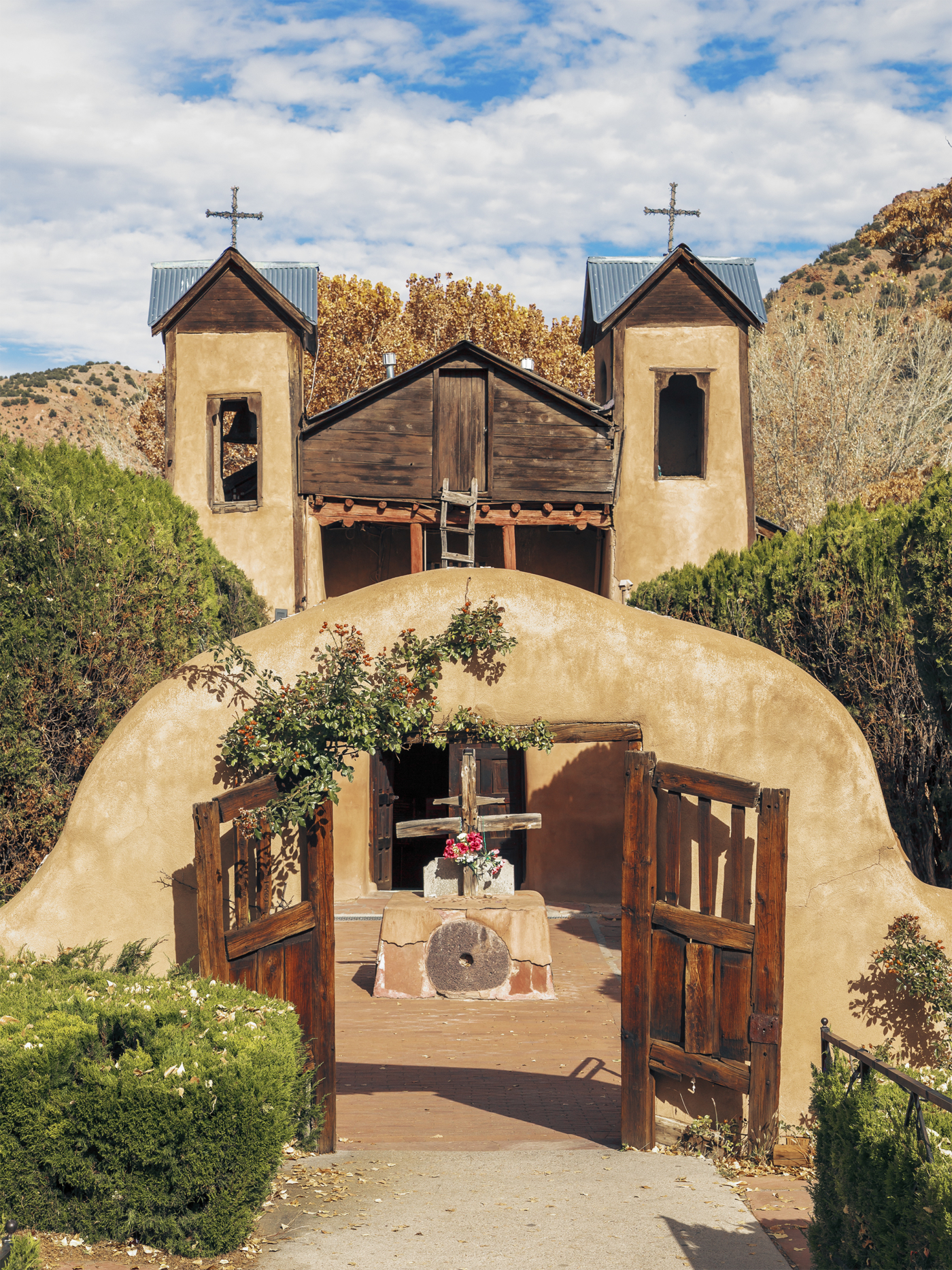 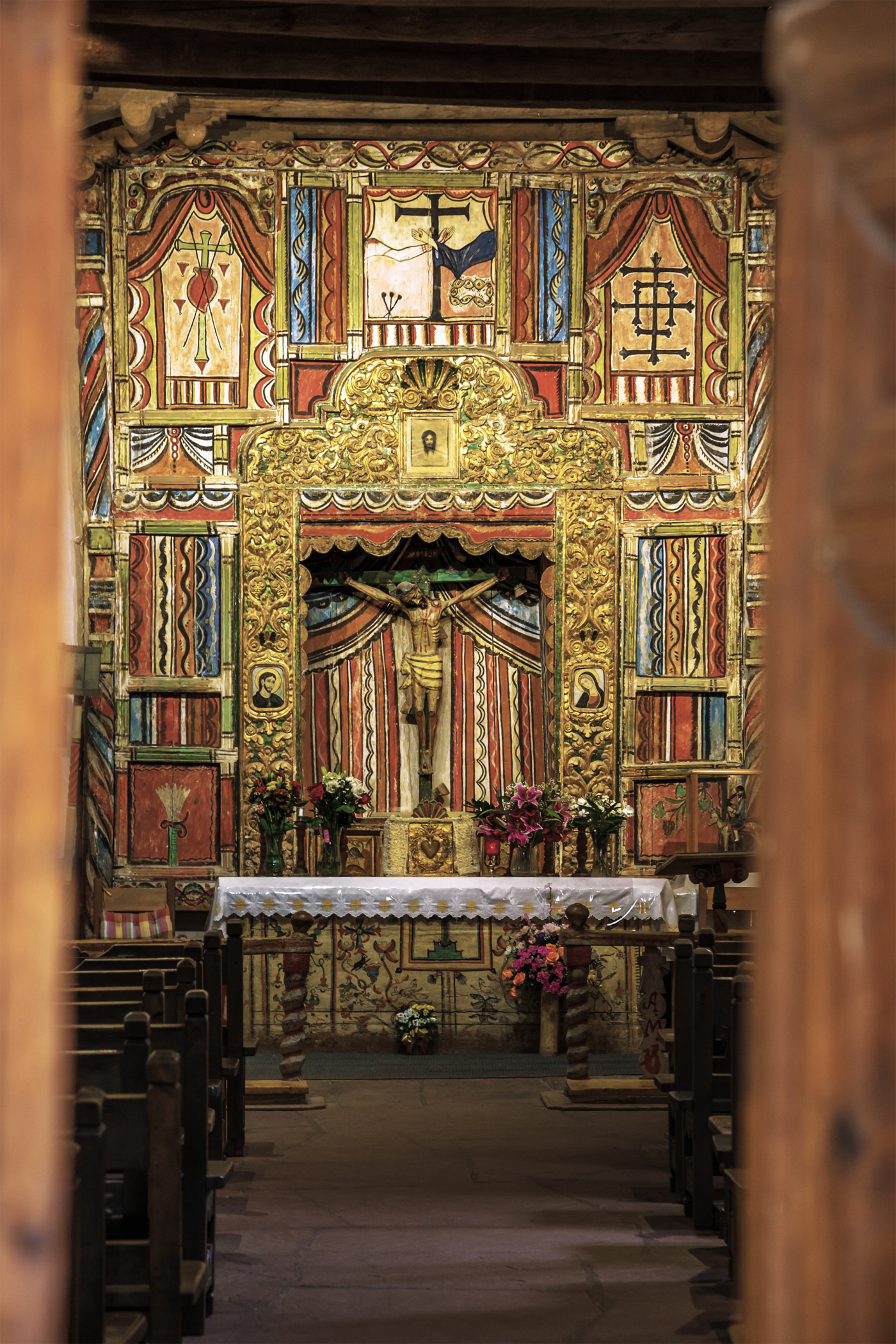 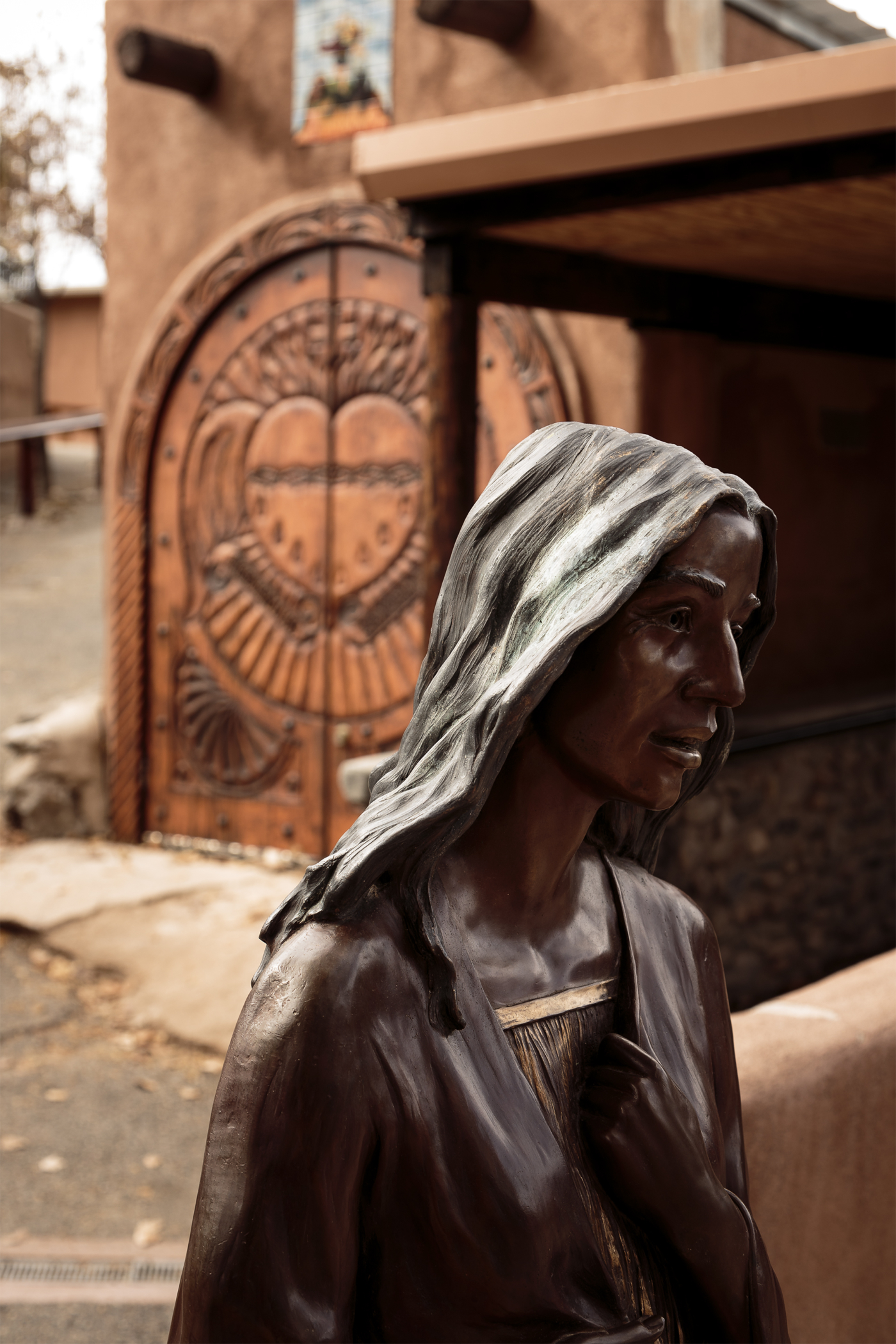 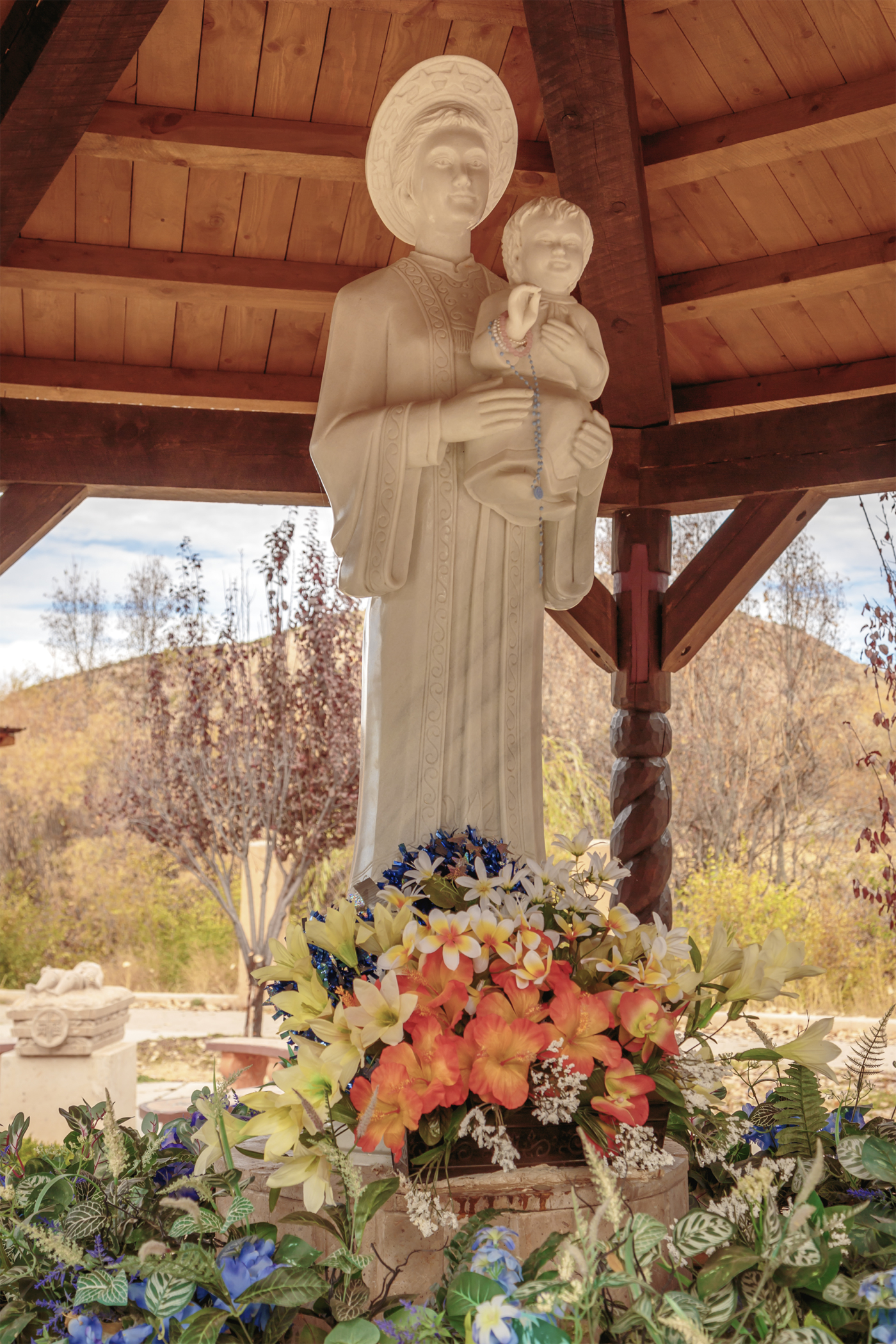 El Santuario de Chimayo, a small shrine located in the Sangre de Cristo Mountains of Chimayo, New Mexico, has been a place of worship since before its construction in 1813. For generations, people of faith have traveled to the site of El Santuario to ask for healing for themselves and others, and to offer prayers of petition and of thanksgiving for favors received. Following a long tradition of miraculous shrines, El Santuario is now one of the most important Catholic pilgrimage centers in the United States and one of the most beautiful examples of Spanish Colonial architecture in New Mexico. Today El Santuario de Chimayo, also known as Lourdes of America, attracts over 300,000 pilgrims a year from all over the world.

El Santuario de Chimayo sits in the center of the small village of El Potrero, one of several settlements in the Santa Cruz Valley collectively called Chimayo. El Santuario de Chimayo is a well preserved small adobe church with twin front towers with belfries, wooden doors, a wall-enclosed garden, and an arched gate with a cross on top. The interior is a colorful mixture of Spanish and Indian decorations and styles. The nave of the church is decorated with original astonishing examples of 19th century Hispanic religious folk art, including several santos and religious frescoes. Behind the altar stands the miraculous statue of Our Lord Esquipulas.

Special thanks to my best friend Denise for traveling with me to experience, photograph and pray at this ancient and holy place.

Camping with Dad in the New Mexico high-country.

Ootoo, it's the Christmas unicorn!