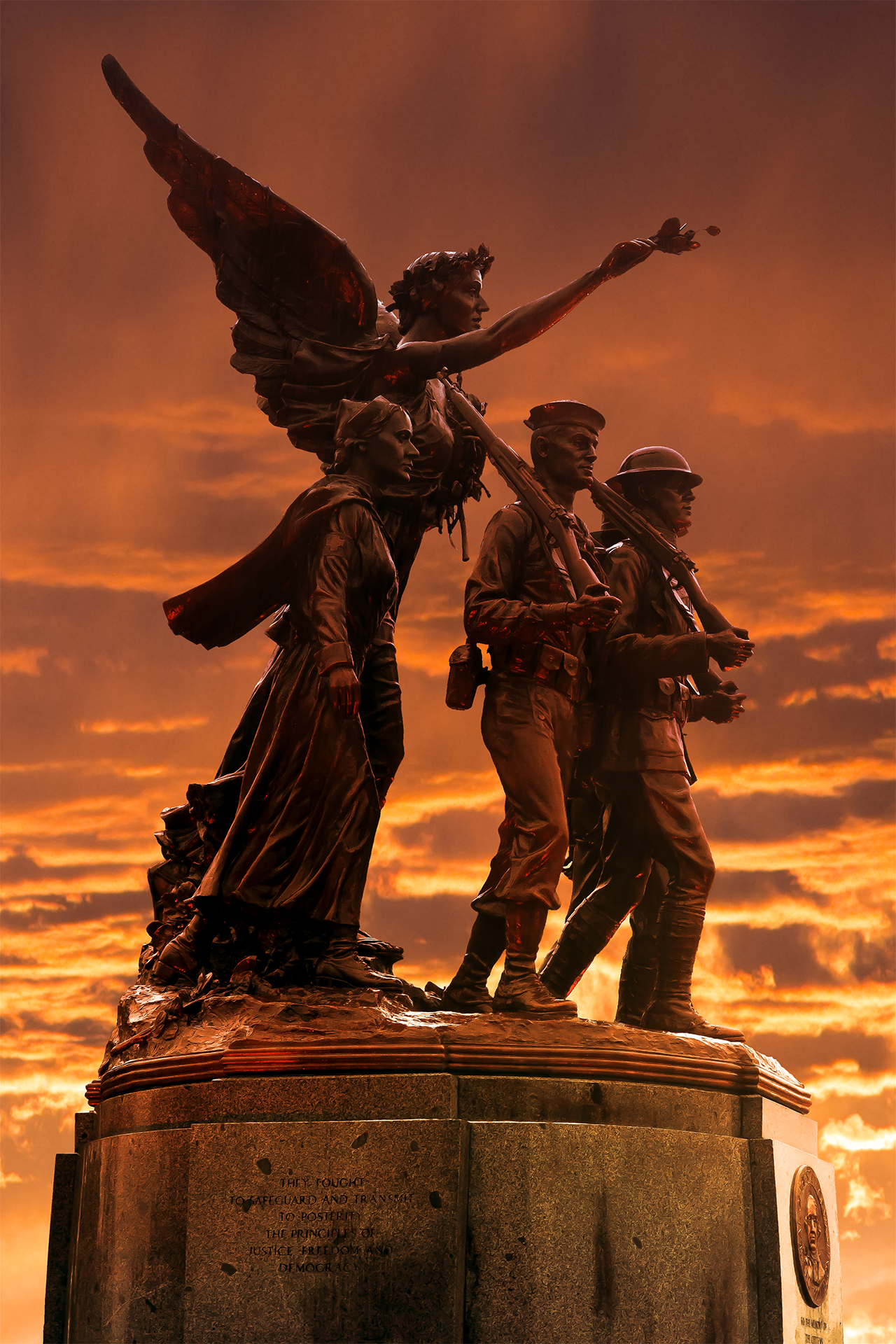 The Winged Victory Monument, honoring those who served in World War I. Olympia, Washington.

A 12′ tall, Nike of Samothrace, the goddess of victory at war. She stands protectively behind the roughly life-sized figures of a sailor, soldier, and a marine (representing the three main forces of America’s World War I military). and a Red Cross nurse who follows the three men with a medicine kit slung over one shoulder.
Sculptor Alonzo Victor Lewis 1938